The workroom in via Civiletti became a film set for a few days.

It was selected to shoot some scenes of the short -movie ” Vucciria Women” , presented at the 70th edition of the International Film Festival of Venice.

The short film , directed by famous Palestinian actress-director  Hiam Abbass , is part of the series of six episodes Women ‘s Tale launched by the fashion house Miuccia Prada ” Miu Miu ” .
Each of them explores an aspect of femininity , interpreting the spirit of women. “Vucciria Women” is set on a summer evening in Palermo and its colours and its atmosphere are inspired by the famous Vucciria market .
During  an interview with Vogue magazine (http://www.vogue.it/people-are-talking-about/vogue-arts/2013/08/miu-miu-women-s-tales-le-donne-della-vucciria-hiam-abbass-mostra-venezia )the director said that she was fell in love with Palermo , a city that ” brings together in its shops and streets, the atmosphere of crafts, […] common to many countries bordering the Mediterranean. […] In the movie I tried to reproduce that “ italian mood”, a mix between fashion that comes from knowing hands , folk traditions as the Sicilian puppets , music and beauty. ”
We are pleased , therefore, that our tailoring has contributed to give a picture of the city still committed to the quality of its crafts, capable today of binding together in a unique way tradition and innovation.
In the photo gallery , we show you some of the exclusive pictures taken during filming. 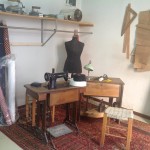 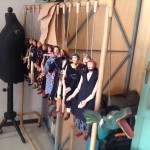 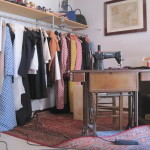 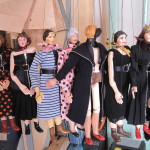 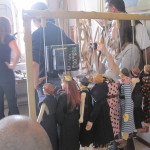 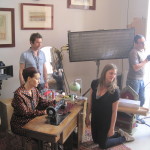 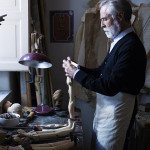 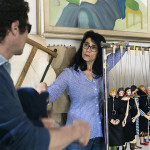 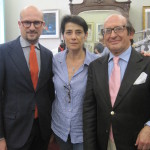